INTRODUCING THE REAL ISRAEL TO THE WORLD 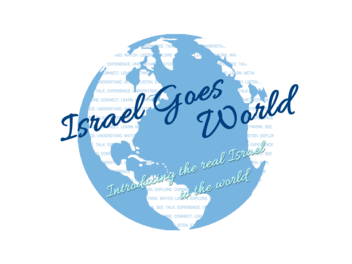 ​HELP US ACHIEVE OUR GOAL, EXPAND OUR ACTIVITY, AND

​​PRESENT THE REAL ISRAEL TO AS MANY PEOPLE AS POSSIBLE.  ​

Since its establishment in 1948, Israel has been subject to constant harsh criticism. Putting the safety of its citizens first in priority, Israel has been investing only little resources in telling its own story to the world and in establishing  its image as a modern, cultural, touristic, enriching country, and is rather perceived in the international arena as a Middle Eastern conflict zone. 'Apartheid', 'Soldiers Instructed to Kill Palestinian kids' 'Occupation', etc. - all are terms that Israel is identified with in the awareness of many citizens of the world. With such a reputation, Israel does not inspire or encourage the international population to explore its characteristics and advantages as one of the most beautiful places in the world, a hi-tech and  startup spot, a country producing international inventions, a place of beautiful people and flourishing industries, the producer of great minds and the developer of new medications to cure illnesses, a significant contributor in academic research, a country that gives a stage to women, youth, gays, entrepreneurs, Arabs, Druze, Christians, Muslims and Jews, a modern civilization in the midst of a chaos, a flourishing villa in the center of a jungle.

While Milano is synonymous to fashion, Miami to yachts and beaches, China to trade and commerce, France to great dining, and Ibiza to parties and fun, Israel is synonymous to conflict and problems, while it should be perceived as a combinations of them all. It is time to show to the world what Israel has to offer and associate this great country in the international awareness with intelligence, fun, entrepreneurship, technology, democracy, beauty, beaches, education, great dining, design, research, and architecture. We believe that this can be done, and that this is the time to do it!

Israel Goes World™ introduces the real Israel to the world through a non-religious, non-political, open-to-the-public special events activity, in which Israeli researchers, inventors, producers, musicians, professors, diplomats, athletes, startupists, actors, chefs, authors, entrepreneurs, social activists and hi-tech pros, talk about their experiences, activity and achievements in different forums, interact with the attendees and tell about the country and how it enabled and promoted them to succeed in the national and/or international arena. 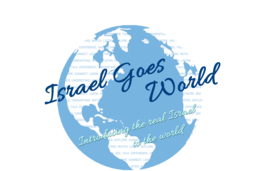